Escrit per aristocrataiobrer a 12:55 1 comentari:

Escrit per aristocrataiobrer a 12:37 Cap comentari:

Escrit per aristocrataiobrer a 18:06 Cap comentari: 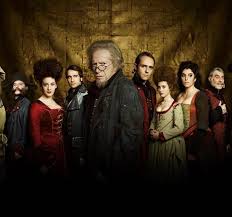 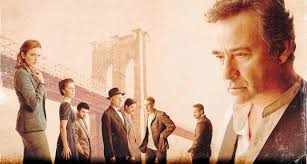 Escrit per aristocrataiobrer a 21:29 Cap comentari:

Nothing lasts forever, and so as not to forget this statement, Amsterdam starts and ends with ceremonies in a crematorium. Neither sexual love nor male friendship stand the test of times. Mind you, the ceremonies are profited in the living world by the attendants who are much more interested in their relationships, contacts and ambitions. Memorial services are just alibis.

It is amazing that the most important character in the book, Molly Lane, a femme fatale, is introduced in it as a corps to be burnt. The rest of the novel describes the connections between three of Molly’s lovers and her recent widower, sometimes pleasant and mostly full of resentment and hate. All them are self-made men with interesting jobs, with preponderance of one of the lovers due to his very important charge in the Government. The kindness and the memories to Molly are present in all their steps, but the reality is that there is a war, that only can end with the victory of one or some of them and the total defeat of the rest.

Turning the pages, the reader can find a complete sense of Britishness, entirely immersed in the English weather and landscape. It is green but cold, static; the sun might rise but the atmosphere inevitably tends to be depressing. People talks but the real important things are not said, hidden behind the barrier of irony, often degenerated into sarcasm. When the tensions heighten too much, a trip to the continental Europe and its “reasonable laws” is required, a pause in the middle of the Londoner vanity fair.

Escrit per aristocrataiobrer a 11:12 Cap comentari: Engines that try to translate